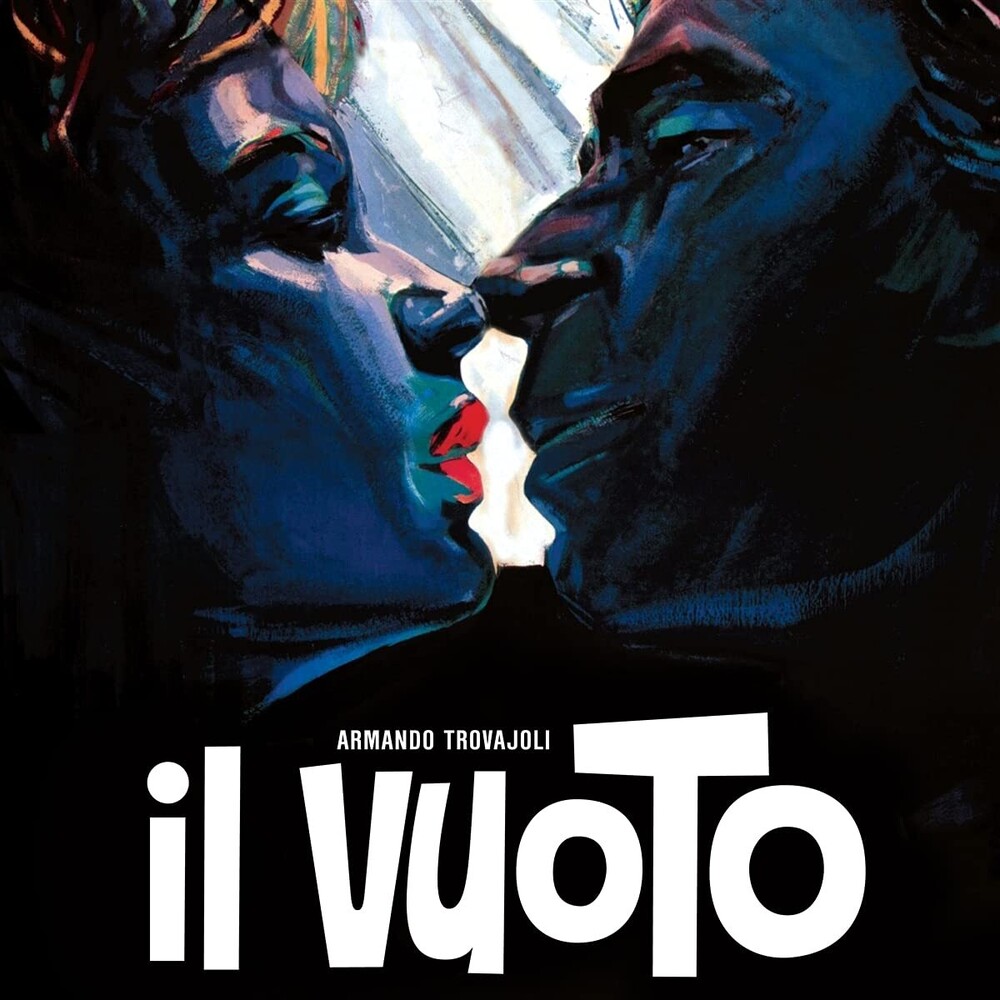 Four Flies is proud and excited to present the first full album release of the long-forgotten soundtrack composed by Armando Trovajoli for Piero Vivarelli's 1964 movie Il Vuoto.Rightly considered by many to be a key figure, if not the key figure, in the history of Italian jazz, Trovajoli was responsible for fostering an appreciation and understanding of jazz among the generation of music listeners and musicians raised under Mussolini and Fascist nationalism. His outstanding work as a pianist, composer and conductor contributed immensely to the popularization of the genre among the general public and to the reduction of institutional bias against it.The collaboration between Trovajoli and Vivarelli did not happen by chance. The latter, now regarded as one of Italy's "kings of the B's" for his work in the 'exotic-erotic' genre (Il dio serpente, Codice d'amore orientale, etc.), was a great music expert, a skilled talent scout for the Italian music industry, and a true lover of jazz.Most of Trovajoli's score for Il vuoto has a refined smoothness that is clearly reminiscent of cool jazz - many tracks on the soundtrack are performed by a sextet featuring Trovajoli himself on piano, Carlo Zoffoli on vibraphone, Berto Pisano on double bass, and Gino Marinacci on baritone sax and flute, Enzo Grillini on electric guitar, Berto Pisano on double bass, and Sergio Conti on drums and percussion. At the same time, Trovajoli explores other jazz styles or sub-styles in faster, more rhythm-oriented tracks influenced by bossa nova, samba, and even rock'n'roll, where instruments like drums and percussion, electric guitar, or flute take center stage.This stylistic variety demonstrates both the maestro's versatility as a composer and the fine skills of the musicians who performed on the soundtrack. Like Trovajoli, they were all pioneers of Italian jazz and played in Italy's very first 'institutional' jazz orchestra: the Orchestra di Musica Leggera of the RAI (the Italian public broadcasting company), formed under Trovajoli's leadership in 1956 and credited as "his orchestra" in public performances and in the album The Beat Generation (RCA Italiana, 1960).By making available for the first time ever almost all of the music recorded by Trovajoli for Il vuoto, this LP fills an important gap in the maestro's discography. Most importantly, it offers further insight not only into the history of Italian jazz but also into the penetration of the genre into Italian film music, which was possible thanks to Trovajoli's mastery as a composer and to the virtuosity of the pioneering musicians who performed in his orchestra.
back to top